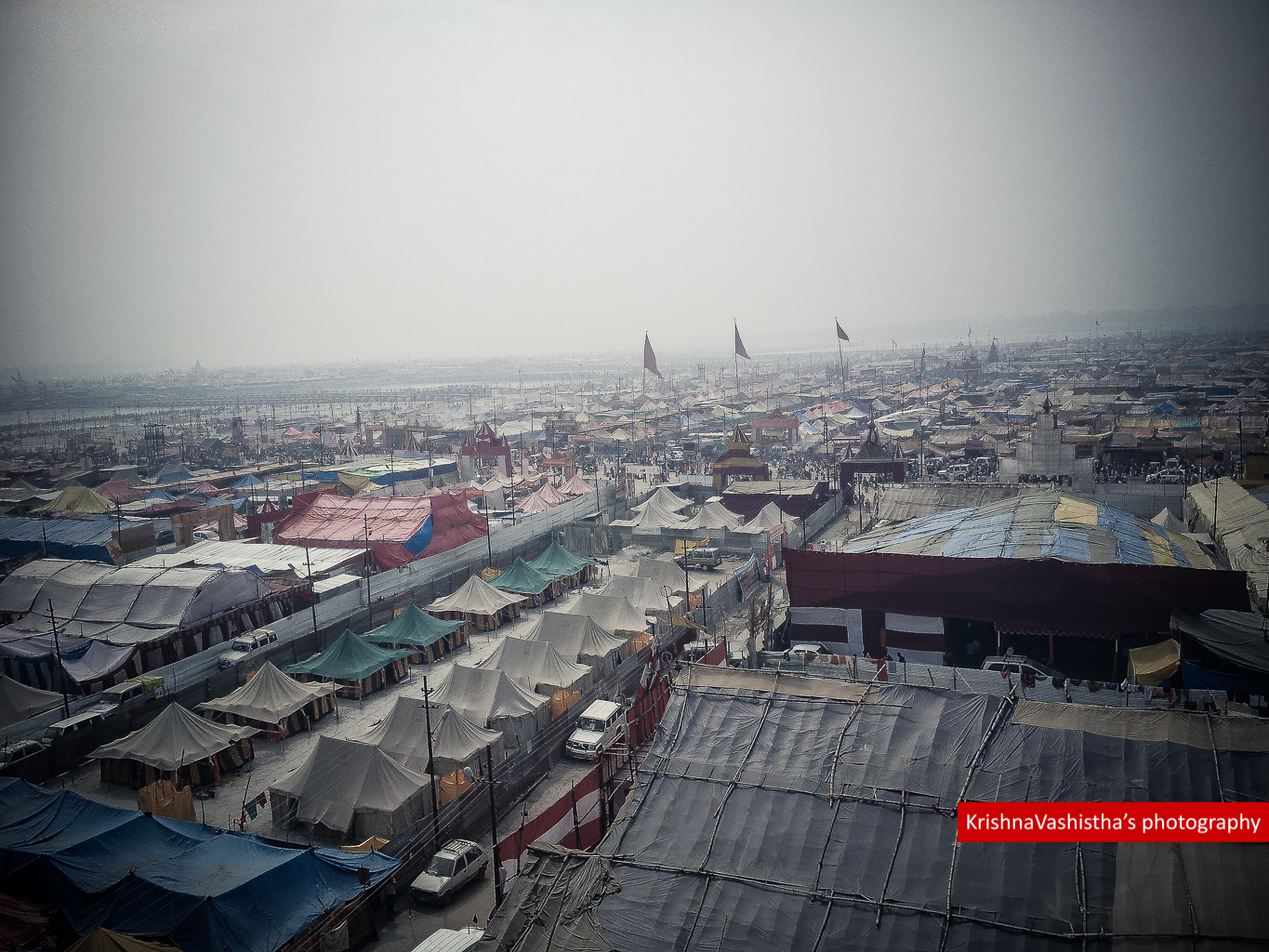 Kumbh Mela is the World’s Most Gigantic ­­­­­­Religious Fair, where millions of devotees gather each day, during the 55 Days of Kumbh, to experience once in a lifetime opportunity. It has a mesmerizing influence over the minds of pilgrims and tourists irrespective of any worldly barriers of caste, creed and religion.

This festival is held in highest regard as the ritual bath in the sacred water on this day saturated with flower & incense fragrance amidst chanting of vedic hyms and mantras liberates one from all suffering and miseries of life. The Kumbh Mela considered the most sacred and greatest of India festivals where the ceremonial dip in the Holy River is an important ritual. It is believed that bathing on the auspicious days cleanses one of all sins and attains Moksha (meaning liberation from the cycle of life, Death and Rebirth).

Kumbh Mela is celebrated at four different places of India:

The Mela in its different forms alternates between Prayag, Nashik, Ujjain and Haridwar as

The first written evidence of the Kumbha Mela can be found in the accounts of Chinese Buddhist monk and a traveller Hsuan Tsang who visited India in the 7th Century(629–645 CE), during the reign of King Harshavardhana.

The Father of American Literature Mark Twain, after visiting the Kumbh Mela of 1895, wrote:

“It is wonderful, the power of a faith like that, that can make multitudes upon multitudes of the old and weak and the young and frail enter without hesitation or complaint upon such incredible journeys and endure the resultant miseries without repining. It is done in love, or it is done in fear; I do not know which it is. No matter what the impulse is, the act born of it is beyond imagination, marvelous to our kind of people, the cold whites.”

The Kumbh Mela is pictured even from space; the article was published on BBC News on 26th January 2001. Some of the images (courtesy BBC) I’m sharing below are clicked from Ikonos, the World’s highest-resolution commercial Earth-imaging satellite, orbiting 680 kilometers above the Earth.

This year 2013, is the year of Maha Kumbh Mela. To highlight another view to this, whoever experiences the HOLY BATH this year, consider them as most fortunate and blessed among its five generations, because it’s the cycle of 144 years and as per assumptions during 144 years of time 2 generation would pass. So our previous two generations and forth coming two generations didn’t and wouldn’t have a chance to attend the next Maha Kumbh.